was published by LazyDay Publishing, December 1, 2010.


Tell us about your book. What is it about and where will it be available?
The Silver Cage

is about David Conner, a down-to-earth guy who has everything going for him: he’s got a great job, he has plenty of money, and he’s just met Jennasara, quite literally the woman of his dreams. But David’s world is turned upside-down when he finds himself on Lucasia, a world where magic is a force of nature and creatures of myth are real. To save Jennasara, David must learn the ways of this strange new world, master its magic forces, and decide who is his friend and who is his enemy.

It will be available at Amazon

, Barnes & Noble, Borders, OmniLit, and other leading digital distributors. For active links on where to buy it, go to http://www.thesilvercage.com/buy.php

What were your inspirations for your book? What sorts of thing inspire you as a writer in general?
My inspiration for The Silver Cage

was twofold. One of my favorite fantasy authors is Katherine Kurtz. Her novels inspired me to try writing books of my own. They also taught me the importance of having a logical magic system in a fantasy story. Rather than just having some intangible force called “magic,” there needs to be a source of the power and some kind of rules that the characters have to follow to use that power. That idea was one of the driving forces behind The Silver Cage

The other inspiration was my desire to write a modern fairy tale that could be enjoyed by adults whether they were fans of fantasy fiction or not. By ‘fairy tale’, I don’t mean the traditional, short folk tales written for children. Instead, I use the term as defined by Lord of the Rings author J.R.R. Tolkien in his essay ‘On Fairy-Stories’. Tolkien said that fairy tales are not stories about fairies or other fantastic creatures; rather they are about the interaction between humans and such beings. David, a sensible, modern-day businessman, is the human that interacts with the fantastic creatures as he explores Lucasia, investigates how and why he ended up there, and uncovers the layers of intrigue that surround the lives of the world’s inhabitants.

In general, pretty much anything and everything inspires me. It could be something I see, something I read, just some passing thought. Sometimes my muse will just toss a scene out at me and I have to figure out what to do with it.

Let's talk about your process. How do you approach a story, do you start with outlines or something else? Where did you work when writing your book? Do you think it was the optimal writing environment for you?
I’ve tried using outlines, but they don’t work for me because they’re too limiting; I never stick to them. A large part of the fun in writing is discovering the story as I write it. When I start a story, I have a beginning, a possible ending, and usually some ideas about scenes in the middle. Then I just start writing. Sometimes I write myself into a corner, and then I have to do a bit of planning, but I never plan very far ahead. I’ve found that the ending ideas I start out with generally tend to change quite a bit by the time I get there, so even the endings are a surprise to me.

I can write anywhere. When I’m in a writing mood, I carry around a pad of paper everywhere I go and write every chance I get. Fortunately, I have a very tolerant husband who doesn’t mind me writing when we go out to dinner or go for a drive. So I guess I don’t have anything that could be called an optimal writing environment; it’s really the mood that matters. When the writing mood strikes, I write. It doesn’t matter where I am.

Tell us about your "story of getting published."
I started writing in the early 1970s, but it wasn’t until the late 1980s that I decided to try to get published. My first rejection letter was dated December 7, 1990. I was lucky in that it wasn’t a form rejection letter; it was actually typewritten on letterhead, addressed me by name, referenced my manuscript by the title, and was signed by a real person. For a rejection letter, that was pretty heartening, so I kept writing.

In June 2010, my science fiction novella The Price of Conquest was accepted for publication by WolfSinger Publications, then The Silver Cage

was accepted by LazyDay Publishing a few months later. It feels like 2010 is the year I’ve been discovered. :-)

What are the publicity plans you have coming up?
I have a website for the book, TheSilverCage.com, and I’ve created a book trailer. I’ve also set up a Facebook fan page, and I have a Twitter account that I’ve been using to get the word out. I’m working on getting more interviews, and I have my own blog that I’m using to talk about the book and my other writing. I wrote and distributed a press release about the book, too.
Posted by Sue London at 7:00 AM

"If you have talent, someone will recognize it. So practice your craft diligently and relentlessly and don't let rejections get you down." ~ Ayesha Pande, literary agent 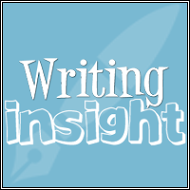 Grab this graphic and link back to us!